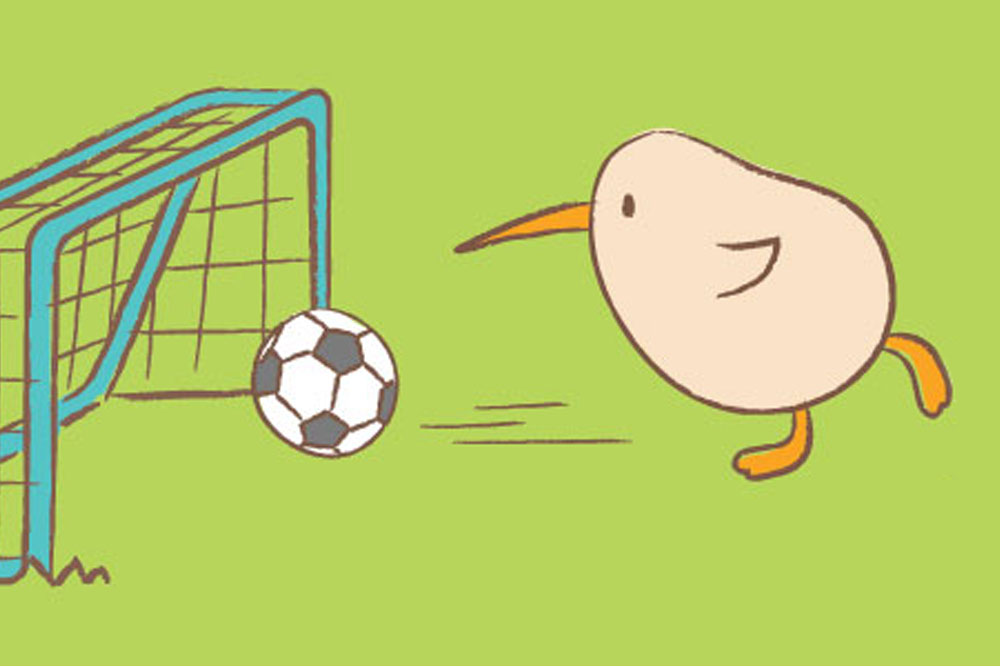 Like with most sports, there is tons of amazing science behind soccer. As with other sports we’ve explored, like football, basketball, and baseball, much of soccer science comes down to physics.

As we’ve seen with other sports, much of the science behind a sport begins with the ball and how players interact with it. A big common factor among all the sports we’ve talked about before is that the balls are meant to be gripped by the players’ hands in some way. Hence, the pebbling on footballs and basketballs, and the signature stitching on baseballs. All those balls are made less smooth in some way to make them easier to grip and control and more predictable when they fly through the air.

But what about soccer?

Soccer balls have traditionally been much more smooth than other types of sports balls because players aren’t meant to touch the ball with their hands (except for the goalie, of course!) But the official soccer ball of the last World Cup (the most widely viewed and followed sporting event in the world) had longer stitching, which makes its surface less smooth.

Can you see the difference between the old ball (on the right) and the new one they used in the 2014 World Cup (on the left)? The new ball is a lot less smooth, right? It starts to look more like a baseball or a basketball. When a soccer ball’s surface is less smooth, the person who kicks it is better able to control where it will go, especially for those very long shots that sail through the air.

Another common theme we’ve seen among sports physics is the importance of putting spin on the ball. In baseball, this applies in how the pitcher throws the ball toward home plate. In basketball, backspin is important in making free throws. And of course, in football, a tight spiral is crucial for quarterbacks throwing to their receivers.

Launching a ball with spin on it is just as important in soccer as it is in those other sports. Balls will swerve when they’re thrown with a bit of spin. In soccer, that’s known as a “banana kick.”

Check it out in action!


Here’s how it works: “If we kick the ball on the side and a bit towards the bottom, a wonderful thing happens: the ball rises up in the air while spinning on its own axis. In the beginning it will fly exactly in the direction of the kick, and as it slows down due to friction with the air, the spinning motion will cause the air on one side to move faster than that on the other side. The ball will then change its direction and will turn either left or right, depending on the side we kicked the ball at.”2

Finally, as with the other sports we’ve explored, much of the beauty, finesse, and athleticism we see on the soccer field comes down to players’ intimate knowledge of the physics behind the ball, the field, and their bodies.

So if you want to get good at mastering the physics behind soccer (or any sport, for that matter) get out there and practice 🙂